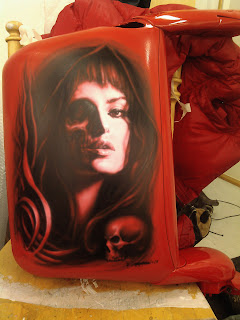 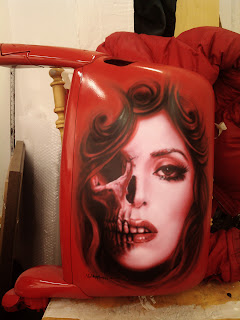 These beautiful ladies are waiting for clear-coating.
Posted by Unknown at 10:25 PM No comments: 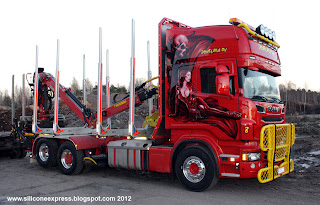 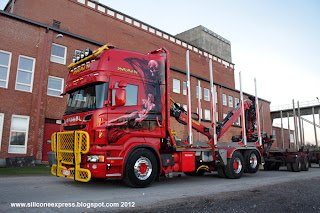 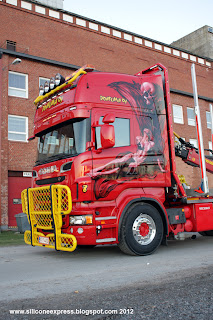 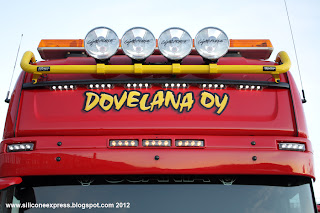 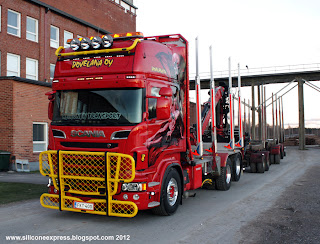 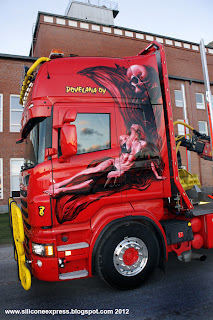 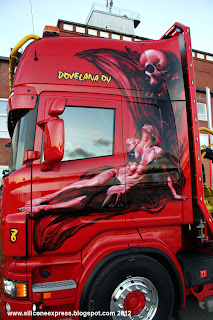 Finally here are few new pictures of Dovelana´s Scania R730.
We are still up do few paitings more during the winter on side-view mirrors and toolbox.
Posted by Unknown at 1:02 AM No comments:

That´s where all strarted! 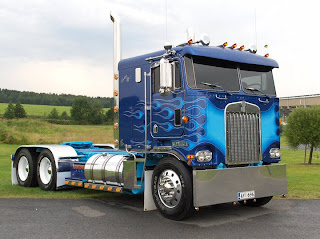 So that´s where all started. My brother asked me to help him to do a mural with airbrush to his super beautiful Kenworth K100C '83 called Silicone Express I. I was bit surprised, actually scared. Never tried airbrush before and  so cool looking truck to ruin.
I said to my brother. "I think that I´m not the right man to do that job."
Oh but he didn´t give up so easily. He was like. "Hell man if you think you can draw then you can do this shit." I was studing in a art school at the moment.
He continued. "Trust your self. By the way I know few tricks and I have done some graphics and flames. Can´t be much harder."

So we started straight  without any practice because we only had two days to go. I was visiting in Savonlinna from Helsinki just for a weekend and my train ticket was already booked.
In times I felt like this ain´t gonna work in that time frame.
My brother courage me saying. "Only untalented ones practice."
We got lots of inspiration during the painting process listening Hank 3, Waylon Jennings and other Outlaws. Oh and how much we needed that.
Maybe the hardest part was that we didn´t have a quality reference picture or equipment and time to do sketches. I had to create most of the picture out of my imagination during the process. My brother had really strong vision based on his fitness model spouse Anu, but the it should be more comic like and even more muscular. That was all I had for mural . 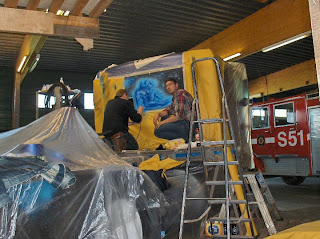 I´m painting my first airbrush piece with my brother. He was my mentor and guide into the secrets of airbrush art. 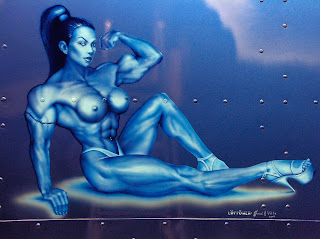 After two really pressured days we get it done. My brother liked the mural that much that he said. "You will do it again to my next project." And I did.

That´s how I got in to the world of airbrush art.
Posted by Unknown at 5:21 AM No comments: 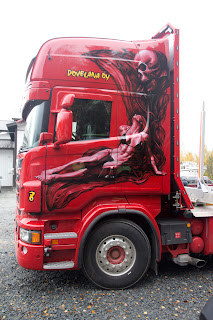 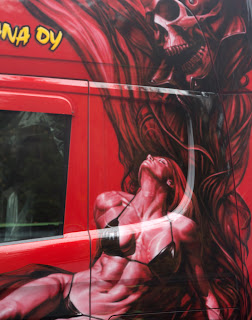 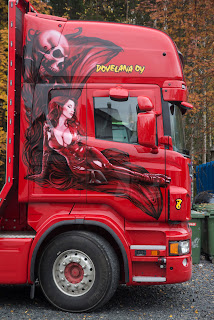 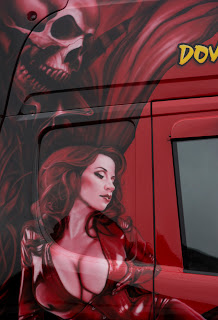 Here are few pictures of my latest project.

Posted by Unknown at 1:35 AM No comments: 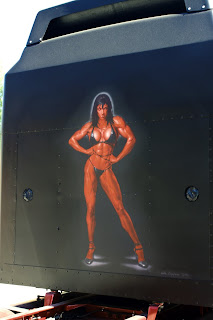 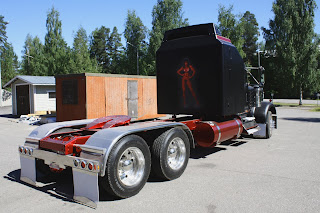 Few years ago I made that mural to this beautiful Kenworth  W900 EXHD. 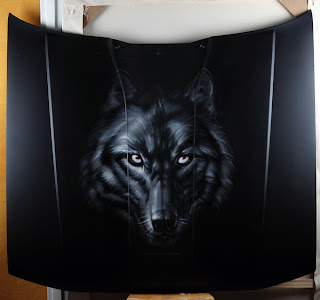 Painted this wolf on hood of a car 2011.
Maalattu autonkonepeltiin 2011.
Posted by Unknown at 7:34 AM No comments: 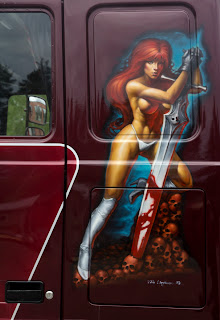 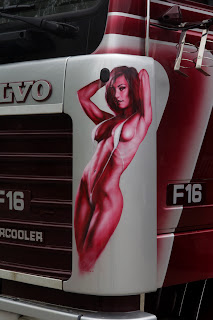 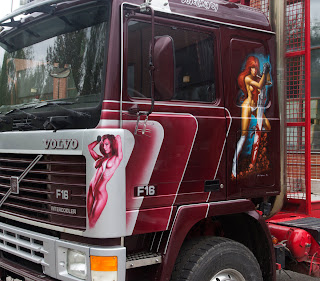 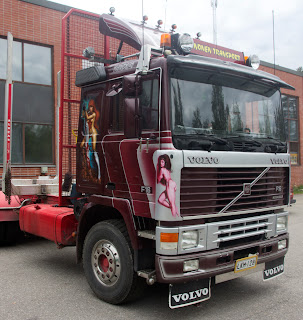 In the end of spring 2012 we decorated this Volvo F16 into 80´s and 90´s style for Dovelana Oy.
Here are few snap shots from the project. We will add more better pictures later from the finished and polished truck.
Loppukeväästä Dovelana Oy:lle koristeltiin F16 Volvo aitoon kasari / ysäri tyyliin.
Muutama snap shotti projektista. Kunnollisia kuvia päivittellään myöhemmin.
Posted by Unknown at 1:26 AM No comments: